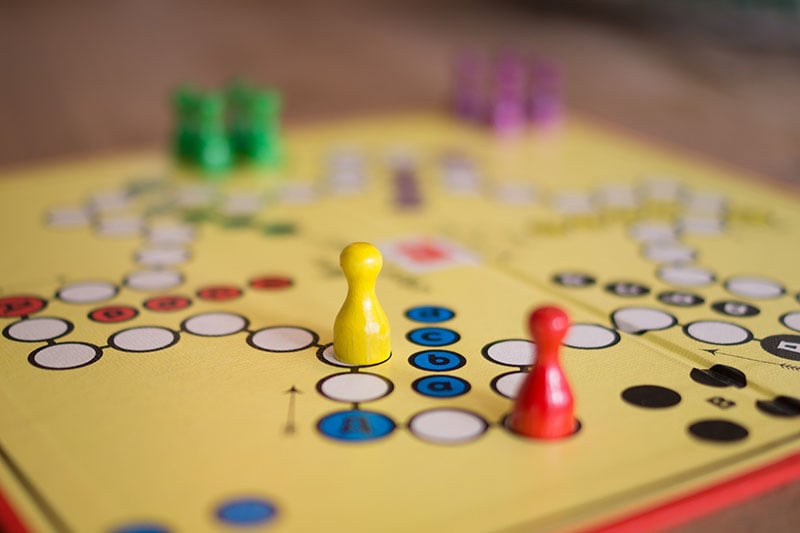 So we're into our second week of #FunAtHome Easter holidays. How's it going for you? Have you dusted down the old board games and enjoyed a family game night or two? I've seen several discussions on social media about board games over the last few weeks - mostly parents asking for suggestions, as they realise they cannot face the monotony of Monopoly or another round of Snakes and Ladders. What games are fun to play in isolation with your nearest and dearest? What's new? What have we missed?

For a little inspiration, we quizzed some of King's much-loved teachers and staff about the games they enjoyed playing with their families. Care to see what they picked? Step this way ... 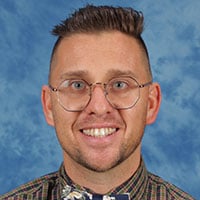 "Our family’s favourite game is Sequence. It involves maths, identifying patterns and numbers. Team members must also communicate between each other without using words. It’s easy for any age group to play and that’s the reason we love it." 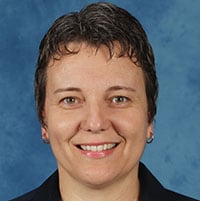 "We play Rummikub, Sequence and lots of card games. We love competing against each other in a friendly way ... but also spare NO FEELINGS! 😀

"Monopoly Empire is another fun one - it varies from the original by using a billboard concept around corporations/brands like Coca Cola, instead of street names. You are able to 'steal' billboards from other players during the game in a  forced swap. It's also much quicker than traditional Monopoly - it only take 30 minutes to complete." 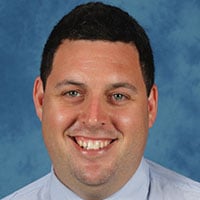 "My family enjoys playing the game Blokus - both at home and when we are camping. This is a great game that involves strategy and planning. Blokus requires four people placing their game pieces on the board. Each piece can only join at the corners. The aim of the game is to get all your pieces out, whilst blocking the other players. Both my boys (seven and 10) enjoy the challenge and the friendly competition involved in the game."

"We love Qwirkle. It's a great game for the whole family, doesn't use words or numbers (it's very visual though - so young kids can play too), it doesn't drag out (like Monopoly can!) and it's very 'portable'. The pieces come in their own bag, so you can chuck it in your travel gear or take it off site (picnics, etc) very easily. There may even be a smaller-sized travel version (but we don't own that one - yet!)" 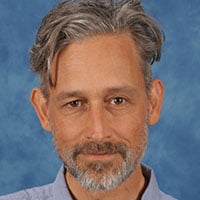 "Board games are tricky for us because my daughter, who is six, must win or there is a meltdown. But my son and I like to play board games. Lately we have been playing the card game BANG! It is enjoyable because games are over quickly (15 mins approx) and there is usually high intensity and uncertainty about who will win till the end. The strategy is the perfect level for my nine year old son who understands the subtle elements of the game because they are pretty straightforward. There are 'good guys' and 'bad guys' and when it is all over you deal again and everyone gets a new role." 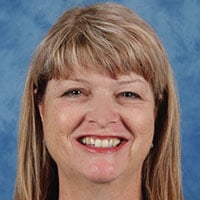 "Our favourite board game is Throw Throw Burrito. It is exactly as the name suggests: A fun card game that allows the winners throughout each round to duel, brawl or go to war with opponents by throwing a foam burrito when their hand of cards dictates they can. Yep! Awesome right! I love it because it's like "safe" dodgeball and you need to stay alert and make sure your reaction time is spot on. Even though I am often the winner of the card portion of the game, I am more often than not defeated overall when the boys' burrito hits me before I can aim and connect with them. My throwing ability and aim is clearly not on point lol. The other reason I bought this game for our family is because one of my brothers used to be the CEO of Guzman y Gomez Mexican Kitchen and it seemed the right game to honour him with."

"As a child I had two board games that gave me a lot of enjoyment: Mouse Trap and Creepy Critters. Nowadays I love playing Scrabble and Trouble with my grandchildren when I am in Geelong, which sadly is not often enough these days. Missing my fam!" 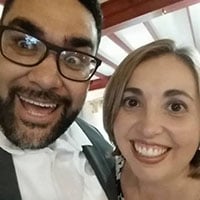 "Billionaire is definitely a fun one for our family.  We have lots of laughter and shouting as you are all trying to trade cards at the same time, and try to be sneaky to get rid of the 'Tax Man'.  The kids love this game and we all enjoy playing it together.  What we love about it is the laughter, and it's fun and easy to play.  We also get the next door neighbours involved too and they also love to play with us.  We love that our house is filled with fun and laughter when we play this game." 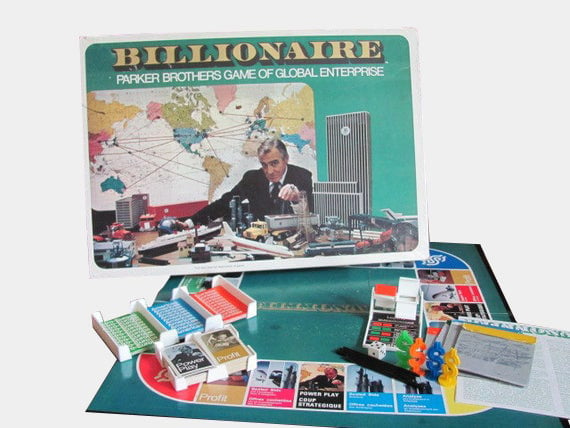 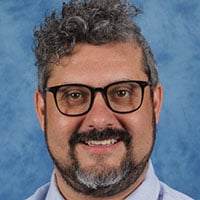 Mr Hotko has something of a reputation at King's for being a board game aficionado. When asked about his favourite family board game, he submitted an 11 page document highlighting his favourite dozen! Sadly, we had to pin him down to one on this occasion.

"This bluffing card game is all about extortion, bribery, smuggling and a little bit of honest business.

"The play consists rounds where each player assumes the role of the Sheriff for one turn. The other players take on the roll of merchants trying to honestly sell bread, apples, cheese or chickens. However, they may also try to sweeten their day with some illicit goods for a larger profit. Players declare what they are bringing through the gate and the Sheriff, at his or her discretion, may choose to let the merchant in, or search his bags for contraband. The Sheriff may or may not be swayed by bribery or try to extort the humble merchants to speed things along. Fines are paid if you are caught attempting to smuggle. The Sheriff pays compensation if he or she finds no contraband. The game really hits its stride as players ham up the role play. A fun game which works best with more players (up to five)." 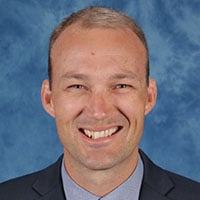 "My brother and I played a lot of Yahtzee growing up - I think we just loved yelling YAHTZEE!!! Must have driven mum nuts, but she probably preferred that rather than us fighting over a game of Monopoly. Boys, hey!

"These days we play a bit of UNO with the kids. Micah (3) genuinely won our last family Uno game much to Macy's (7) disgust! What a great game for colour and number recognition! We just have to be sure to agree on what rules are in play before we start - what is it about board games that get people so stirred up?!" 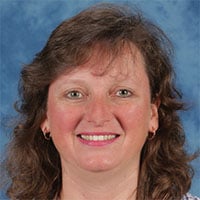 The Verreynnes LOVE playing board games with their three teenage children. "I like to WIN!" admits Mr Rob Verreynne, a King's high school teacher. "Seeing family members writhing in agony as I execute pain and suffering upon them is an added bonus 🤪," he adds (somewhat disturbingly).

King's Head of Early Learning, Mrs Tracey Verreynne, thinks it's important to have snacks to keep everyone happy at the table and admits that family board games do "sometimes end in tears, but we all learn to communicate".

"One of our absolute favourites which lands up in serious competition is a version of UNO which we call 'Whatsama' ...  a game to be wide awake! Our version starts with a sneaky dealer who tries to deal extra cards without being caught (if caught he 'eats' two of them before the game starts). To give the dealer a fair speed advantage all players may only pick up their dealt cards once the dealer has picked theirs up to signal the start of the game... Failing to wait for the dealer results in 'eat two' for each wrong doer.

"Although the game starts in a clockwise rotation any player who has a matching card to the card facing up may throw their card down shouting 'Whatsama!' and the game continues to the next player in the direction of the game. Any player with an exact the card same colour and number may play out of turn... If they intercept an unsuspecting player, the person who wrongfully shows their card will 'eat two' and the player who manages to get their correct card down first continues play. Cards need to be exactly the same number and colour to be played out of turn. The speed of the game creates the odd wrong card being thrown out resulting in another 'eat two'. The '0' card may be played when the correct colour is being played, at which point the person playing may decide to swap cards with anyone or keep their own cards."

Confused? Me too! I can see why snacks might be called for!

Where to buy board games

Support your local independent games shop, where you can. If you can't find the game on on the shelf, they should be able to order a copy in for you. Otherwise, here are some great Australian sites for purchasing some of the harder-to-find board games:

What are your favourite family board games? Do you have any unusual ones? Pass on your tips for family fun by commenting, below.