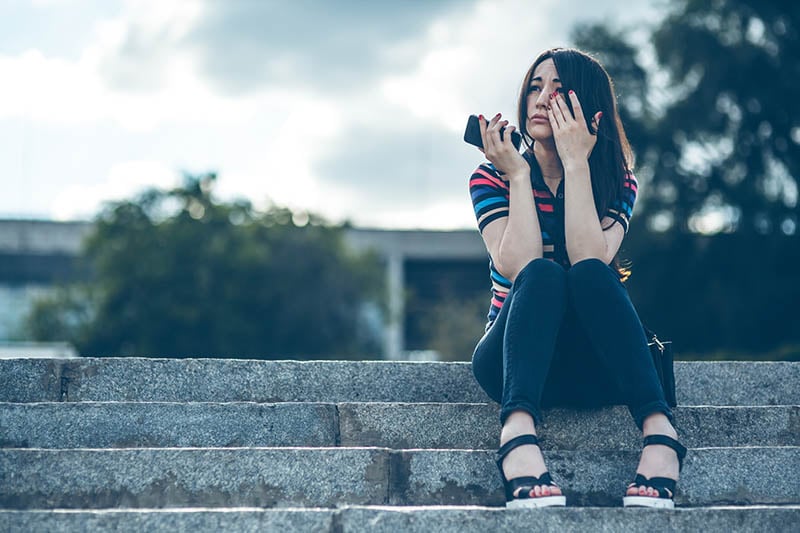 Teenage anxiety, depression, self-harm and suicide have skyrocketed since 2011. The iGeneration (iGen) – people born after 1995 – was the first demographic to spend its entire adolescence with a smartphone. Could there be a connection? Dr Jean Twenge, Professor of Psychology at San Diego State University, thinks so.

Researching generational data back to the 1930s, Dr Twenge has identified a sudden and significant increase in young people's loneliness, unhappiness and mental illness that correlates with the introduction of the iPhone (launched in 2007) and the iPad (2010), when the oldest of this generation were entering adolescence.

Millennials (those born between 1982 and 2004 - yes, there is an overlap with iGens) are characteristically optimistic, with high expectations. iGen, however,  is distinguished by its pessimism and low self-esteem. While Millennials also grew up with the internet, it wasn't ever-present in their lives, at hand all day and night. For many of today's teenagers, the smartphone is the last thing they look at at night and the first thing they consult in the morning. They sleep next to their phone, use it as their alarm clock and will check it should they happen to wake up in the middle of the night. There is no respite.

In her book, the elaborately titled "iGen: Why Today's Super-Connected Kids Are Growing Up Less Rebellious, More Tolerant, Less Happy - and Completely Unprepared for Adulthood - and What That means for The Rest of Us" (Atria Books, 2017), Dr Twenge highlights some key reasons why smartphones may be negatively impacting our children's mental health:

It's not just about checking Instagram late into the night ... the blue light emitted from smartphones and tablets disrupts the brain's natural sleep-wake cycles, reducing both the quantity and quality of sleep. Teenagers need at least nine hours' sleep a night. Many are not coming close.  Teens who read books or magazines before bed are less likely to be sleep deprived than those using smartphones. Even TV is better.

Constant status updates and sharing personal information online can leave teens vulnerable and open to criticism. In an age where popularity is quantifiable - through the number of followers you attract or the amount of likes your photo garners - is it any wonder that iGen has low self-esteem?

FOMO (Fear Of Missing Out)

Yes. It's a 'thing'. From the amazing (heavily curated) Instagram photos showing everyone looking cool and having a great time to Snapstreaks (a log of how many days in a row you have Snapchatted your friends), some teens are terrified that they're missing out on the next bit of gossip, trend or fad or that they're getting left behind or left out. Cue constant phone checking. Cue anxiety.

iGens are more likely to live out their social lives on their phones than interact face-to-face.  The number of teens who got together with their friends every day dropped by more than 40 percent between 2000 and 2015. 17-year-olds went out less often in 2015 than 13-year-olds did in 2009. Those teens who spend hours alone in their bedroom, communicating via social media, are more prone to loneliness.

Today's teens are more protected and dependent than ever before. They are less likely to leave the house without their parents than any previous adolescent generation. Yet they will spend hours socialising online without any adult supervision. Teenagers are physically safer than they've ever been but they are more open to emotional and psychological abuse.

Malicious gossip, offensive comments, threats and incitement to suicide ... all posted online for anyone to see. Those trolls sure know how to make a teen feel insecure! And yet iGen will encourage it; with apps like sayat.me and ask.fm,  teenagers actively invite strangers to post criticism and speak their mind.

But what about us?

While Dr Twenge raises some valid points, I look at the dates and I think about when I got my first smartphone and tablet. How has that affected me as an adult ... and as a parent? Social media really took off for teenagers after the advent of smartphones ... but the uptake was far higher for 29 to 49-year-olds - the demographic that includes the parents of today's iGeneration. 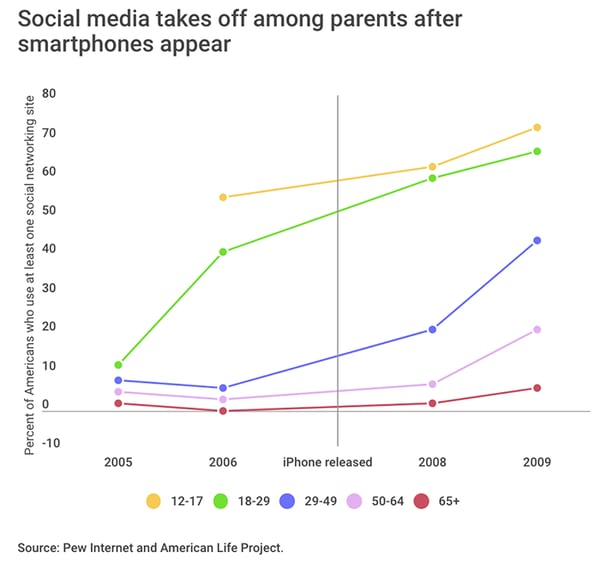 What if the change in parents' behaviour was contributing to teenage mental health issues?

Be your child's digital mentor

Smartphones aren't going away any time soon and, as parents, we can only deny them for so long,  Rather than banning them altogether, wouldn't it be better for parents to discover and model healthy use of digital technology? Moderation, rules and limits are important but so is teaching, collaborating and sharing. Could we help our children to navigate the digital world rather than trying to protect them from it?

How would this look like in practice? What could parents do?

Do You Know What Your Kids Do Online?

Seven Phrases to Avoid When Kids Are Anxious