10 Great Ways To Embarrass Your Kids 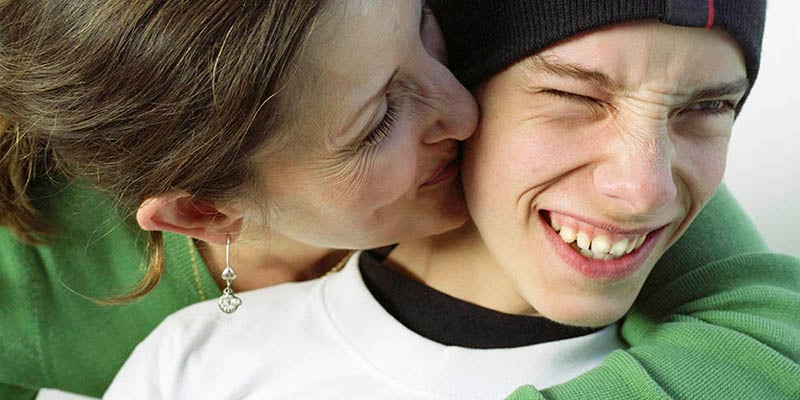 Ah, remember the time when you were the centre of your kids’ universe, when you could do no wrong and everything about you fascinated them?  You could throw them in the air, smother them with kisses, crow like a rooster, dance along to the Wiggles and they thought that was just great.

And then they started school …

And suddenly all the fun, crazy things you enjoyed together aren’t quite so cool anymore.  They start to blush when you kiss them in public and look askance when you do that funny walk … the one that used to make them giggle so.

Their embarrassment seems to grow in direct proportion to their age.  By the time my kids are teenagers I expect they will have written me off completely as a hopeless case and locked me away in an attic somewhere to protect the family honour.

What is it about parents that makes kids roll their eyes and contort their faces into expressions of horror and disgust?

From my entirely random, subjective and non-scientific poll of ‘people I know’ and their offspring, I can reveal ten of the most reliable ways to embarrass your children:

… or dance at all, to be honest.  Doesn’t have to be the full Funky Chicken at a family wedding – the mere tap of a toe or fractional hip wiggle to shopping mall muzak is enough to send my kids diving for cover.  Hey, I only need to nod along to the car radio to shame them into putting on their school hats (over their faces).

Ditto singing.  Shame.  I love singing.  I will sing along to anything … much to my kids’ disgust.  I sing “too loudly” in church (apparently) and in the car (watch those windows zoom up fast once the face-hats are on!) and along to the in-store music as I’m strutting to the beat.  They are horrified at my ability to compose narrative songs on the spot (“And now we shall put our bags in the boot, our bags in the boot, our bags in the boot … Altogether now …”).  I share this particular talent with my mother, whose original and inspired ditty, “Here I am on the toilet again…”, once amused my childhood friends as we played in the garden outside the bathroom window.

My mother once made herself a pair of green corduroy trousers decorated with upside-down trees (intentionally, she claimed), which she insisted on wearing to a school parents’ evening.  My father would enjoy the two annual warm days a year we call a British summer by wearing too-short shorts and a work shirt unbuttoned to his navel.  To this day, I remember the agonising embarrassment I endured in the company of these sartorial disasters.

Kids - teenagers especially - are extremely sensitive to their parents’ public image.  Exposing acres of flesh, squeezing into (and spilling out of) tight clothes, wearing fashion that is ‘too young’, ‘too old’, ‘too eccentric’, ‘too sexy’ or ‘too square’ is a no-no.  The juvenile fashion police can be harsh and they give you no credit for individuality.

It’s a tricky one to get right though, isn’t it?  I mean my idea of inappropriate dress does not necessarily tally with that of my kids (who would have no trouble with me doing the school run dressed as Batman, for example).  While I have no intention of letting my kids play stylist and approve my fashion choices, hearing “You’re not going out in that, are you Mum?” does nothing for my self-esteem.

My kids are young.  They are still affectionate.  They will voluntarily kiss and hug me in public.  This will change … according to 99 percent of parents I know with a teenage child.  In a survey carried out by UK theme park, Thorpe Park, kids cite public displays of affection (PDAs) as the second most embarrassing thing a parent can subject them to (after dancing).  If your kids are still unperturbed by your smooches and caresses, direct your PDAs towards your partner while your kids watch on.  This should break them.

No one likes being told off or bossed around.  But why take your children quietly to one side for a private word or instruction when you could humiliate them in front of an audience?  Shout wildly, nag, criticise and patronise in front of their friends, for maximum effect.

Doing that duck impression of your first-born’s running style, recounting the time your daughter had an ‘accident’ in the supermarket, telling your child’s friends how clumsy he is on his bike – just a bit of harmless banter, surely?  Oh, how we laugh at those funny traits and incidents … while our mortified children curl up and die.

Everybody loves hip, cool parents … so long as they aren’t theirs.  Much as my kids rave about the funky mamma down the road who skateboards with her dog and dresses like Beyoncé, I know they would be deeply disturbed if I did likewise.  Trying to get down wi’ da’ kids and speak their lingo (“Let’s chillax and sound off some sick beats, dude!”) is a sure-fire way to elicit their embarrassment, if not their mirth (particularly if you get it wrong and throw in words you don’t understand or that no-one uses anymore – ‘peng’, ‘fly’, ‘homie’ … even ‘wicked’ is now passé according to my eight-year-old!). 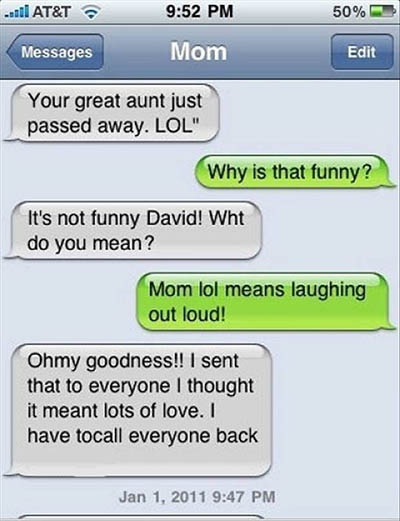 As children need to be at least 13 to sign up for Instagram, Snapchat, Facebook et al, this should only be applicable to teenagers … although tweenies have been known to fib!  While it remains acceptable to ‘friend’ your child on Facebook, you may find yourself quickly ‘unfriended’ should you like, comment or post anything on their timelines.  I am informed by my 15-year-old nephew that “Facebook is only for old people” these days and that he would “just die” if he found his parents posting on Instagram or face swapping on Snapchat.  Other teenagers I know complain that their parents exploit social media to stalk them online - checking out who their friends are, what they are interested in, who they have a crush on, where they hang out etc - only to use that information to embarrass them with later.

Asking to see the manager, sending back food in a restaurant, complaining about service – no matter how politely – is a foolproof way of making kids squirm and search for the exit signs.

The cleansing properties of a spat-on tissue are legendary.  But why let your child’s embarrassment stop at a home-made facial wipe when there are so many other public grooming opportunities?  Re-arranging junior’s hair and clothing can always be relied on cause a flush of irritation. My preppie is appalled when I tuck his shirt back neatly into his pants just before the school bell – a couple of years ago he would have happily stood there in his undies, begging me to dress him.

Embarrassing your children is an inevitable part of parenting but it’s amazing what you can get away with in the privacy of your own home.  Behind closed doors and away from their friends, my kids have absolutely no problem with me wearing crazy wigs, dancing on the table, styling their hair, impersonating them in funny accents, rapping (badly) about the state of their messy bedroom and cuddling them until they squeak.

They still groan and leave the room, however, when I burst into song.