How Much Pocket Money Should I Give My Child? 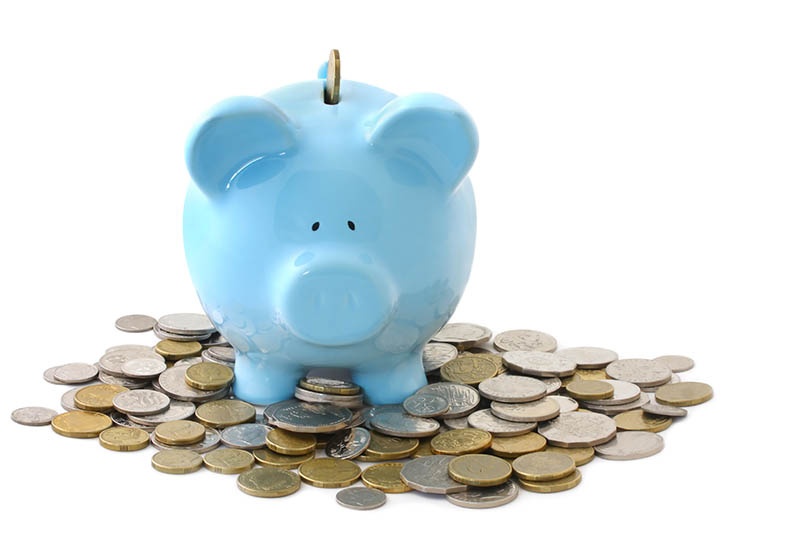 I started giving my eldest child pocket money each week when he was in Year 1.  He was learning about coins and notes in school  and I thought it would be a good time to give him some of the real thing to practice with. I decided on an (arbitrary) amount of $2, which I made up in coins of one dollar, 50 cents, 20 cents, two 10 cents and two 5 cents to give him plenty of denominations to play with.

Helping out in class one day, another Year 1 mother told me she gave her daughter a paltry 50 cents each week, for which she expected a specified number of chores completed. Well that was a revelation! Clearly I was spoiling my child, overpaying him by $1.50 - with no strings attached. Just as I was wondering whether I could cut back on Junior's inflated allowance without him noticing, another mother confessed that she gave her six year old an extortionate $5 every Friday. And there I was shortchanging my firstborn! How could I have got it so wrong? Twice!

The whole question of pocket money can be a landmine:

Nearly 80% of Australian parents give their children pocket money and today's children receive nearly 250% more  than their parents did, in real terms (Source: 2017 School Banking Study, Commonwealth Bank). Yet views on how and what children should be paid differ dramatically.

Why pocket money is important

I remember my eldest child raving over the latest bit of over-hyped plastic tat being marketed on children's TV. The utter dejection on his face when he'd coughed up his savings to discover it was little more than a useless gimmick was heartbreaking.  He felt cheated and naive ... but he learnt something very important about financial decision making in the process. If I had relented and bought it for him, his disappointment wouldn't have gone much past an 'Oh well!". Giving children pocket money:

"See, this is what stinks about being a kid. You only get two shots at getting stuff you want, and that's on Christmas and your birthday.  And then when one of those days DOES come, your parents mess things up and buy you a Ladybug."

Should children be expected to 'earn' their pocket money?

The School Banking Study by the Commonwealth Bank (2017) revealed that:

The popular view is that children should be able to see the relationship between working and getting paid. They should 'earn' their pocket money helping around the house.  If they don't complete the chores expected of them, they don't get their pocket money, or receive a reduced amount.

However, there is a case that paying children for looking after their own things and contributing to family life has a long-term negative effect; it sets a precedence that they should receive payment for being decent human beings (see our blog 10 Signs You Are Raising a Spoilt Child).

Parenting expert, Michael Grose, says that pocket money should be given without expecting anything in return:

“Kids should learn that they can learn to be positive contributors to their family as well as other groups. Getting paid for help defeats this idea. It teaches kids to think, ‘what’s in this for me?' ... I think it’s a reasonable expectation that kids help in their family without being paid. That’s how healthy communities work.”

Another alternative is to give your kids an unconditional 'base-rate' of pocket money with the option to 'earn' additional money for specified tasks - eg putting the bins out, mowing the lawn, doing a batch of ironing (older children).

Pocket money is given 'no strings attached' in our house but I do give our kids the option to earn extra pocket money in the school holidays when I need more help.  I chalk up various tasks on a board with the rate I am prepared to pay for them and my (primary aged) kids take their pick, eg

Whichever view you hold, it's important to be clear what you expect of your children with respect to pocket money and to stick to your rules; if you give pocket money in return for chores completed, it's not fair to withhold funds as punishment for an unrelated incident.

On the other hand, if pocket money is not linked to chores, you can't punish your kids for not making their bed by reducing their allowance. But you can withhold pocket money as a punishment the week they demostrate bad behaviour (or use it as a threat).

What age should you start giving children pocket money?

On average, children start receiving pocket money at just over six years of age (2017 School Banking Study, Commonweath Bank).  This is the age when children have some elementary maths skills and are learning about money at school, so a good time to start.

However, providing your little one is past the age of sticking things in their mouths, there's no harm in introducing them to the concepts of money and saving before this (see our blog Share, Spend, Save - Financial Planning for Preschoolers).

Results of a 2016 CommBank survey showed the average amount of pocket money given to Australian four to six year olds to be a whopping $7.17 - 13 cents more than the average seven to nine year old!

If you're looking for the 'going rate', you're going to be disappointed.  Results from pocket money surveys vary widely.

The 2017 School Banking Study from the Commonweath Bank showed that the average weekly pocket money received by Australian 4-15 year olds was $5.88.

As a general guide, 50 cents to $1 per age of child is a sensible amount.

However, the amount of pocket money you give your children each week should be based on three key factors:

Don't ever feel you need to match or compete with another parent's pocket money policy.

It's a good idea to give your children their pocket money at the same time each week, eg every Saturday morning, so that they get accustomed to planning, receiving and budgeting around a regular date - much like adults in the professional world.

Once they hit pre-teen, you could give them their pocket-monthly bi-weekly, and monthly when they hit their teens - thereby challenging them to plan and make it last longer.

In the hand or in the bank?

From the age of 12, children can have access to their own bank accounts and their own debit cards.  23% of Australian parents now pay pocket money directly into their children's back account (source: 50 Years of Pocket Money, a report by Teachers Mutual Bank, November 2016). This allows kids to decide whether to use the ‘tap and go’ features to spend the money on their bank card or save it for the future. In doing so, there is a risk that kids will use their cards excessively and wipe out their savings quicker than anticipated ... but this is an extremely valuable lesson to learn. Managing bank accounts and electronic money is an important part of adult life and it's important that our teens become financially literate before they can get their hands on things like loans and credit cards!

Younger children should be paid in cash. In Lower Primary, while they are still learning basic maths, it is a good idea to give them their pocket money in coins and lower denominations to help them practice addition and subtraction.

Be clear with your children about what you pay for in the house (eg food, utilities, phone, transport) and what you expect their pocket money to cover (eg lollies, comics,  short and long term savings, charity). Don't bail them out or give them extra money if they run out.  Financial literacy starts at a very early age and children will never become proficient at managing their money if they don't learn from their mistakes.

You will also need to lay down some ground rules about what restrictions you have on their spending; just because they have money, doesn't mean you will allow them age-inappropriate computer games, pet snakes or bubble gum (if you have a six year old who tramples it into the carpet).

What are your views on pocket money?  Let us know in your comments below ...