Children in the Front Passenger Seat 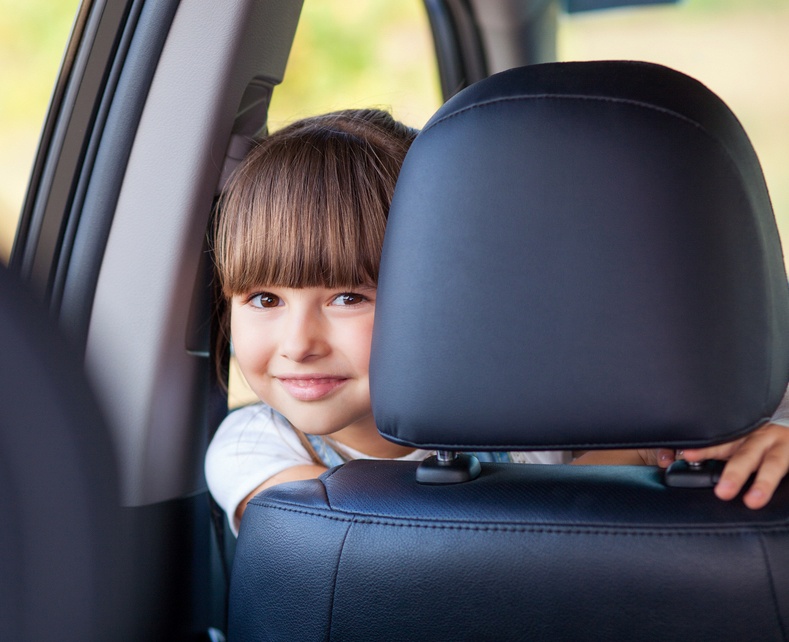 A hotly debated subject among my fellow Year 3 mums is whether it is okay to move their 7-8 year old to the front of the car.

Legally in Australia, children may travel in the front passenger seat of a car from the age of seven (officially, they are permitted to travel in the front from the age of four should all available seats in the back be occupied by younger children). However, the National Child Restraint Guidelines recommend that all children under 12 should travel in the back of the car and use a booster seat until they are tall enough for an adult seatbelt.  Whether your child is in the front or the back, the driver can be fined $353 and lose three demerit points if the child is not secured correctly, under Queensland law.

Children are generally too short to use an adult seat belt safely until they are around 145cm tall.  The sash part of the belt tends to be too high and sit dangerously around the child’s neck, and the lap portion often rides up over the child’s stomach rather than sit securely around their waist.  Poorly secured seat belts can exacerbate head, neck and abdominal injuries in an accident.

Front airbags, which come out of the dashboard in a third of a second at about 200 km/h, also pose a greater injury risk to children than to adults.

Given that the overall consensus is that it is far safer to put your children in the back of the car than the front, why would parents even consider letting their kids travel in the front?

Well, call me irresponsible but there are occasions when I welcome the opportunity to stop the car, separate my two squabbling boys and stick the eldest in the front to get some peace. And others where I would like to save another mother a journey by giving a lift to her two kids - only possible by putting one of my own in the front. And, selfishly, I do enjoy chatting to my entertaining eight-year-old in the front from time to time.  He’s tall for his age at 135cm, strong and sturdy, and much better company than the handbag that normally sits there.

If you are as reckless as me, the Queensland Government Department of Transport and Main Roads makes the following recommendations:

We use the Brica seat belt adjuster to position the seat belt away from my son’s face and neck safely. 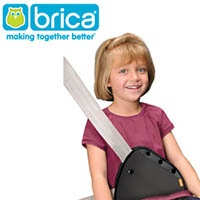 I would also suggest a pair of dark sunglasses for your junior front seat traveller - not as a safety precaution, but to shield their eyes from the blinding glare of sun they will inevitably experience, thanks to their shorter stature.

How old were your kids when you let them sit in the front passenger seat?